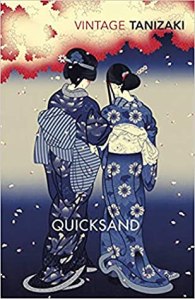 Mrs. Sonoko Kakiuchi is unhappily married. Unsatisfied with her husband she first tried an unlucky affair with another man, but then she turns towards the girl Mitsuko. She believes that a secret friendship between women would not be a threat to her marriage. She does not know yet that nothing could be farther away from the truth.

Mrs. Kakiuchi invites Mitsuko to her house. At home, she feels safe, and she dares to seduce Mitsuko. Rumors about them having an affair are running quickly at the Art School, where Sonoko and Mitsuko are studying painting. When her husband is getting suspicious, the married couple starts to quarrel.

Mitsuko on the other hand is not faithful either. She is turning her attention to a handsome man of her age. One day the young couple gets into trouble at a love hotel, because someone stole their clothes. In need for help they turn to Sonoko Kakiuchi, and she comes to the hotel, where she hands them new clothes. She becomes jealous, angry, and hopelessly heartbroken because Mitsuko is unfaithful to her. After this incident, Sonoko confesses her affair to her husband, and promises to be a faithful wife in the future. But this is not the solution of their marriage problems. It is just the beginning of the story ‘Quicksand’.

Again, Tanizaki has written a novel about love and betrayal, and this time he tells a love story between women. The work was serialized between 1928 and 1930 in the ‘Kaizô’ magazine.

All main characters are struggling with the moral rules of that time. The key questions are: What is going on under the surface of an arranged marriage and what is becoming of people’s dreams and hopes under strict moral standards in modern Japan.

These are the ingredients of an amazing story. The plot is thrilling, Tanizaki is an observer with psychological skills and writes deeply intertwined storylines. There are many unforeseen turns and maybe Tanizaki is exaggerating a little in the end. All, but one of the four vivid characters are getting down a slippery road until a surprising double-suicide occurs, which is a romantic Japanese topic by the way. I think one could call ‘Quicksand’ a psychological thriller, if it does not sound weird, comparable to Patricia Highsmith’s or Margaret Millar’s works.